Liberal Arts: Think About It

Home » Liberal Arts: Think About It

So when you tell your parents you want to major in a liberal arts subject such as history, philosophy or English, and they ask, “What kind of job can you get with that major?” tell them: Almost any job you want! 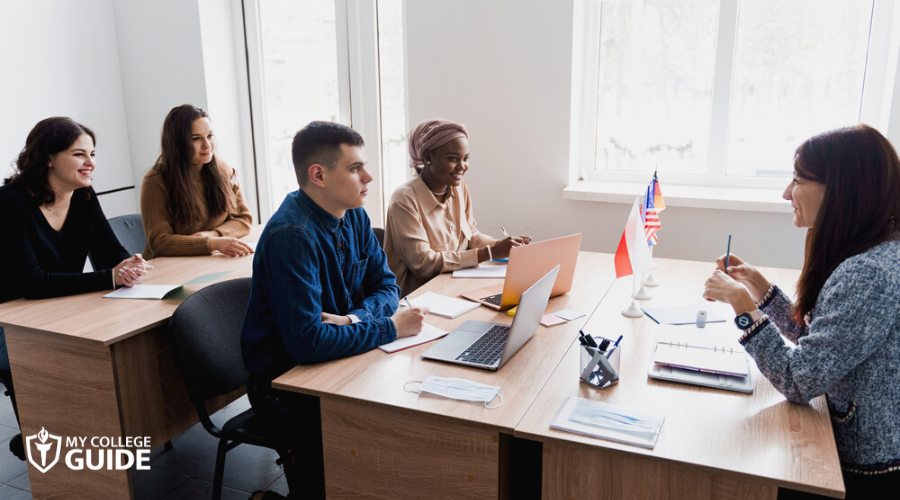 So, what are liberal arts? Liberal arts are the foundation of higher education in America, and they’re still relevant today. “In many respects [the liberal arts are] more valuable as the world has become smaller and more interconnected than ever before,” says Chris Gage, dean of admission at Hanover College (IN).

“The need for individuals to communicate and appreciate cultural differences is salient to a young person’s career opportunities and advancement.” Some of the more common liberal arts majors include communications, English, foreign language, history, philosophy, political science, mathematics, psychology, economics and sociology. 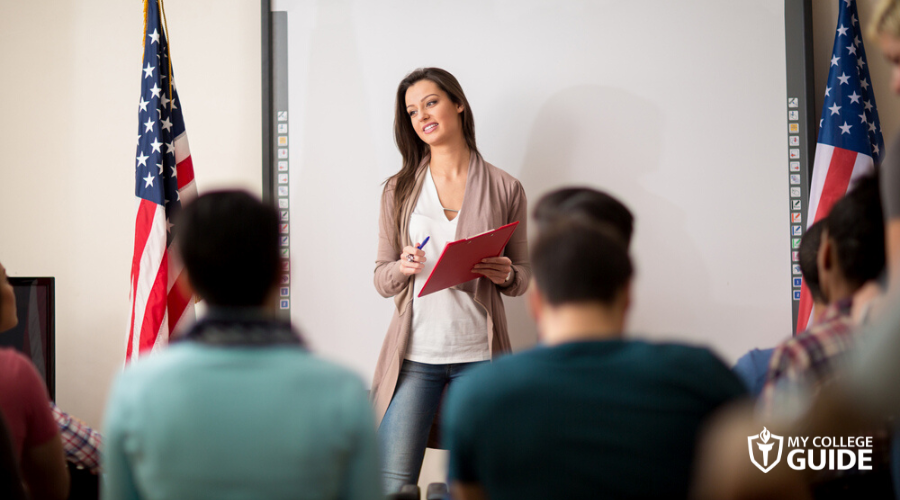 As a liberal arts student, you’ll take courses in the arts, humanities (the study of the human condition), social sciences, mathematics and natural sciences. You’ll also learn a variety of skills, such as critical thinking, verbal and written communication, and problem-solving, which will help you in the workplace.

Every year, the National Association of Colleges and Employers surveys its employer members who consistently report that the major of applicants doesn’t matter. “It’s the skills they can contribute,” says Jim Fitch, director of career education at Allegheny College (PA). “Leadership skills and the ability to work as a team member top that list, and that’s what students pick up within the classroom with group projects, as well as through outside clubs and student government.”

Thomas Crady, vice president for enrollment at GustavusAdolphus College (MN), agrees. “We hear employers talking about the importance of the ability to work together as teams and complete projects on time. They expect recent graduates to have a strong work ethic and the ability to write clearly and concisely with strong oral communication skills.”

A liberal arts education might put students ahead. A 2016 survey by PayScale found that nearly 60 percent of companies said new college graduates lacked critical thinking skills, and 44 percent said their writing proficiency wasn’t up to par.

You Can Choose Almost Any Career Path—and Get a Job 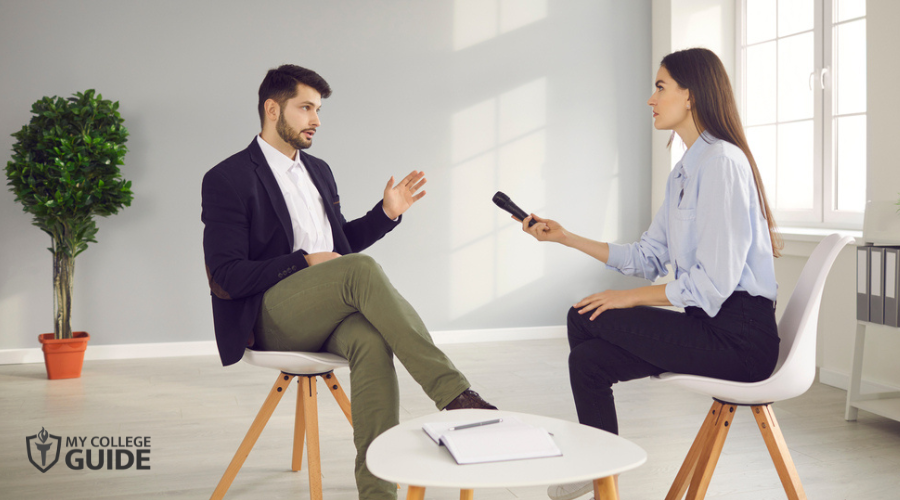 There’s no one set career path for liberal arts majors. Liberal arts careers include those in fields such as business, education, media, public service, medicine and law.

“From a practical perspective, the intent of a liberal arts education is not to prepare a student for their first job, but rather their fifth, sixth or seventh,” Gage says. “Liberal arts institutions prepare students for the jobs that may not exist yet … [and] students will be prepared for career advances given their foundation in critical thinking, analysis and communication.”

Although technical skills are increasingly necessary for almost every profession, employers now recognize that those skills can be taught on the job. So if you’re worried about competing against those with more “practical” or narrowly defined degrees, such as business or engineering, don’t be. And if you plan to go on to medical school or law school, a liberal arts education can position you well for success in graduate school.

In general, the workforce has shifted to focus on jobs that don’t necessarily have a direct correlation to a major. There’s no real “best major” for many jobs at startup tech firms or at most businesses, says Rachel West, senior admissions counselor at Agnes Scott College (GA).

“Employers instead are looking for those core skills: the ability to communicate effectively through writing and speaking, the ability to work cohesively with a team, the ability to compete in our digital age by quickly picking up new technology, and the ability to look at things with a global focus because most jobs are so globalized in today’s society,” West says. “I think the liberal arts, in general, do a fantastic job with all of these.”

Because of this, the broad subject areas you’ll study in the liberal arts will make you particularly well suited for today’s job market and the jobs of the future. While you’re in college, remember to take advantage of the career preparation resources your college offers so you can increase your odds of success. “This could include working closely with a professor on research, finding an internship or working with the campus career center,” says Cyndi Sweet, director of admissions at Maryville College (TN).

A Liberal Arts Education Is Affordable 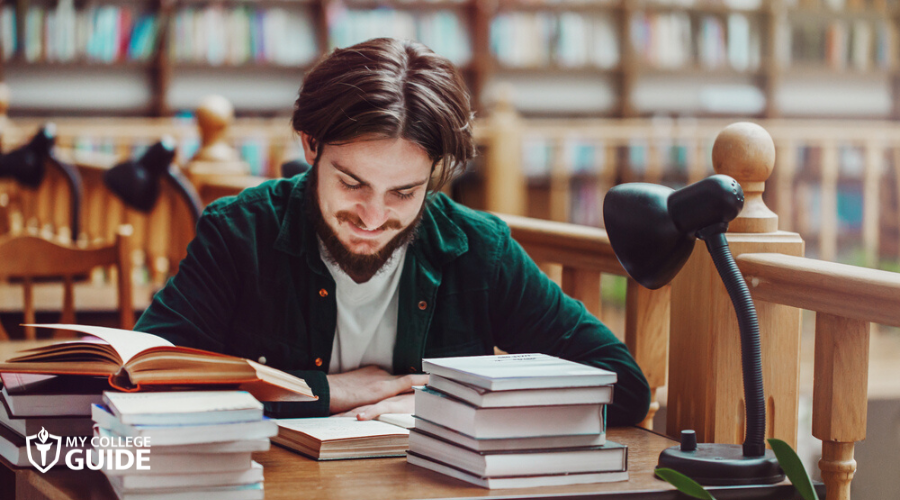 Contrary to popular belief, liberal arts institutions aren’t necessarily too expensive. Although a college’s sticker price may seem high, nearly all institutions offer financial aid that significantly lowers the net cost. Also, a growing number of universities offer online liberal arts degrees, which are often less expensive because you don’t have to pay for on-campus housing, parking fees, and other expenses associated with on-campus programs.

In addition, Crady points out that students at liberal arts schools are more likely to graduate in four years versus six, which is typical for larger schools.

Is a Liberal Arts Major Right for You? 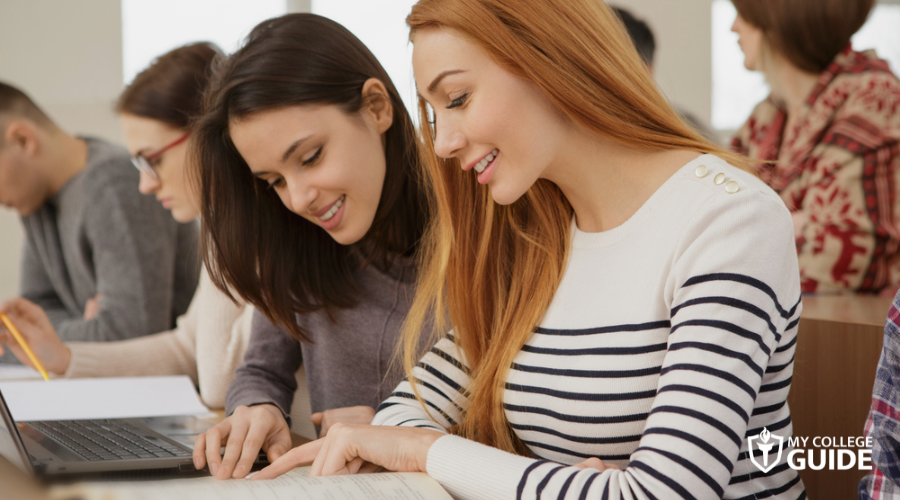 If you feel passionate about a subject outside of the liberal arts, your choice of major may be clear. But if you’re undecided, a major in the liberal arts is a good choice because it doesn’t set limits on what you can explore. For example, while studying biology, you may discover a passion for working in a laboratory. Or while studying English, you may get an internship at an advertising agency and discover you love copy writing.

“Some students arrive knowing exactly what they want to do,” says Emily Chamlee-Wright, dean and provost of Washington College (MD). “Careful advising and close mentoring ensure that students are able to begin making steady progress in their chosen major right away while simultaneously taking full advantage of a diverse liberal arts curriculum. Other students enter [college] fully open to discovering new areas of interest.”

There can be a benefit to waiting to declare, says Terry Bensel, associate provost at Allegheny College. He says that more than half the time, people end up changing their mind from the first major they have chosen, so it can be ideal to attend a school where you don’t have to declare until the end of your sophomore year.

“When someone says they are undecided, I say, ‘Congratulations! You’re one step ahead of your peers who are likely to change their minds,’” Bensel says. “I encourage kids to come in, take classes across the board and see what gets them excited. It might be something they hadn’t thought of before.”

You can begin exploring your interests and possible liberal arts majors in high school. Campus visits can help you determine what type of college is best for you. “Students can take a campus tour, meet with a professor, sit in on a class and even spend the night with current students,” Sweet says.

By your sophomore year of college, you’ll likely know which liberal arts major you want to pursue. The next time someone asks you what you plan to do with a liberal arts degree, go ahead and tell them the truth: Anything and everything.

Scott William is a freelance writer in Fort Lauderdale, Florida.

Elizabeth is pursuing a Doctor of Philosophy in Foreign Policy and earned her master's degree in business administration. For her undergraduate studies, she earned a Bachelor of Arts in Business Administration with a concentration in international business. Elizabeth's research is focused on universities offering online degree programs.